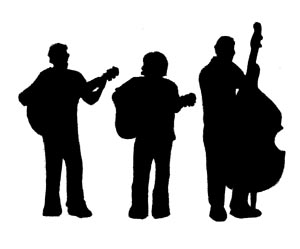 By 2010, I had been in Charlottesville for two years playing some fun sideman roles,  but it was time to put my own act together.  I had amassed a number of original songs that needed a platform, preferably acoustic.

I had known Rusty Speidel for years, as his SGGL act were like big brothers to my EFO when we were first starting out.  Rusty had just joined me for my house concert in Chicago and the chemistry was great.  Back in town, I had just befriended stellar musician Thomas Gunn, who impressed me with his upright bass work in a local theatrical production of Lost Highway: The Hank Williams Story. Thomas and I started meeting every Tuesday morning, swapping songs – a mutual admiration society, of sorts.

Pulling these two strangers together for my trio proved to be a winning combination.  The instrumentation & vocal harmonies locked in almost immediately.  We quickly built up a setlist of originals and thoughtful covers and started playing for anyone who would have us.  By December, we went into the Crozet VA home studio of Dave Stipe and knocked out a five-song-EP in an evening.

By 2015, we discovered the world of Concert Window & have done several internet performances from the comforts of home.  In the past five years we’ve played throughout the Commonwealth, from Ashland to Harrisonburg to the Barns of Wolf Trap in Vienna.

I’ve also enjoyed the flexibility of duo performances with either Thomas or Rusty in the many casual afternoon winery settings thoughout Albemarle County.  Kristian Bush of Sugarland once imparted that the secret to his success is to “surround yourself with people more talented than you.”  With the twin towers of R & T, I’ve done just that.

“When these tunes are delivered by the Michael Clem Trio’s tasty 3 part harmonies and masterful accompaniment from Speidel and Gunn, you will be glad you found them.”
-Aer Stephen (“Folk & Beyond” 91.1 FM WTJU in Charlottesville, VA) 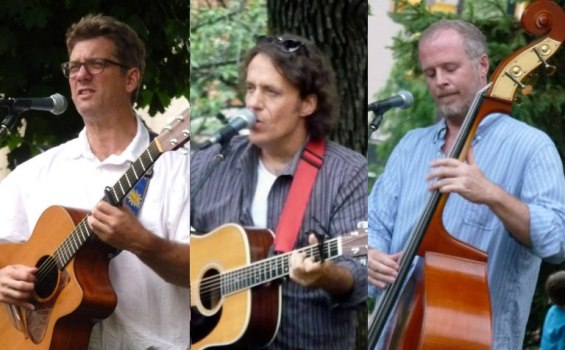